Curt Bergfors' involvement in projects in Haiti began as early as 2002. This commitment is taking place in collaboration with Project Medishare for Haiti, an organization founded by doctors to improve the general health of the Haitian population. Initially, Bergfors paid for the support with private funds.

As one of the poorest countries in the world, Haiti faces many challenges. One is the recurring natural disasters in the form of earthquakes and hurricanes that hit the country hard, and cholera is a constant threat. Many people are still living in an extremely vulnerable situation after the 2010 earthquake when about 250,000 people died and a further 300,000 were injured, with additional deaths and injuries caused by the storms Sandy in 2012, Matthew in 2016, and Grace in 2021, as well as the earthquake in 2021.

Getting the local communities to work is dependent on the existence of a basic infrastructure for health care. The Foundation’s commitment has focused on the poorest and most inaccessible part of Haiti, the Central Plateau. There is a medical clinic and a maternity center In the village of Marmont, and similar clinics in the extremely inaccessible village of Lahoye near the border to the Dominican Republic. In addition, there is a mobile “clinic”, where doctors and care staff go out with four-wheel drive Land Rovers to set up day-clinics, giving care to people who live too far away to get to the villages. These outpatient mobile clinics receive over 10,000 patients annually.

Since 2012 the Foundation has covered an overwhelming majority of the operating costs in the projects in Haiti. The medical responsibility covers a population of about 100,000 people and the clinics receive almost 50,000 patients annually. Between 200-300 children are born at each maternity clinic every year, and Medishare is proud that there have not yet been any cot deaths at the clinics.

An important part of the clinics’ functions is education. Knowledge that we consider basic does not exist due to lack of access to schools for the poor, which is a majority of the population living isolated in rural areas. Each village has its “health agent” who brings knowledge from the clinics to the villages. This can be things that may seem basic in our eyes, such as the importance of hygiene, nutrition and the risks of cholera and malaria and how these can be avoided. They are also an important bridge between the medical and maternity care clinics and the villages, and carry out simpler surveys of the villagers and give advice on what care they can get at the clinics. Every year, these health agents make over 45,000 home visits, where over 200,000 people are contacted. The clinics also provide information on family planning and contraception as well as basic knowledge in nutrition etc. etc. These are vital skills to reduce childbirth and give a decent life to the children who are born.

In the village of Lahoy there was only a medical clinic, so in 2016 the Foundation paid for the construction of a maternity care center as well as a guest house for those who work at the clinic, as it is so inaccessible that the staff may not commute daily.

Medishare was one of the first organizations involved in the disaster that followed the earthquake on the island in 2010. Already the day after the earthquake, the Foundation contributed $500,000 so that a temporary tent hospital could be set up at the airport in Port au Prince.

After the storm Sandy in 2012 and hurricane Matthew in 2016, the Foundation distributed significant amounts as point initiatives for emergency medical assistance and for the reconstruction of communities. 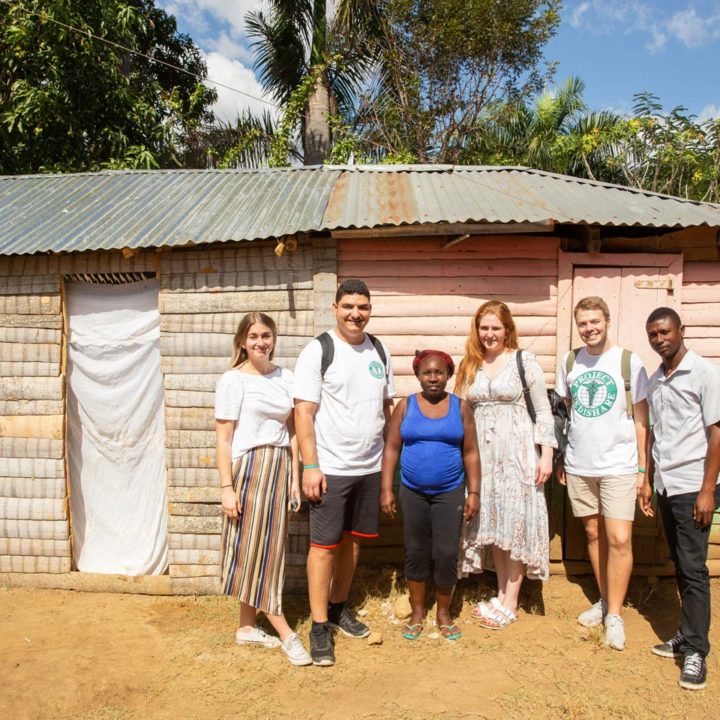 About Project Medishare for Haiti